The steel plating (backstop) was updated as well as the material to absorb the bullets.  You may see small pieces of rubberized material at the end of the range.  The brooms have been replaced by squeegees for moving brass after shoots.  The squeegees will reduce the dust from being moved into the air.  Thanks to a tax-deductible donation, we also have purchased a HEPA filtered vacuum that will allow the dust to be safely removed from the range.

In addition to having a keycard which allows access to the indoor range there is a charge of $5.00 per hour to shoot inside.  This is a minimum charge of $5.00 so even if you are only shooting for 30 minutes it is still $5.00 and an additional $5.00 when your first hour is over.  You will receive more information on this at your orientation.

There are also indoor leagues that you can participate in as well as a ‘Fun’ shoot.  Bullseye Pistol Leagues are shot on Monday evening starting at 6:00 p.m. and Tuesday evenings starting at 6:30 p.m.  This is an eight-week league that allows you to drop your two lowest scores and use your best six-week average.  There is a Wednesday night fun shoot scheduled that runs through March.  Check your calendar for times.

The indoor range does NOT allow shotgun shooting, magnum caliber handguns, or any rifle chambered for anything other than .22 short, long, long rifle or approved pistol cartridges.  In the past someone shot a .223 or .556 caliber rifle at the indoor range and caused major damage to the backstop.  Should that happen now the cameras will be checked and the person causing the damage will be expected to pay for the replacement.

Here is some additional information on the Wednesday night Fun Shoots.

(Center Fire – the last Wednesday of each month)

Five dollars per night to shoot.  All shooting is .22 LR

No hollow points on the swinger or knockdown stages.

On the swinger and knockdown stages move to a new target after each shot, hit or miss.

On the 50-foot line stage aim for a different part of the line with each shot.

Remove the firearm magazine and install a chamber flag in the firearm at the completion of shooting each stage.

Center Fire – the last Wednesday of each month.

Remove the firearm magazine and install a chamber flag at the end of each event.

In each event: Fire both sets at the same target. 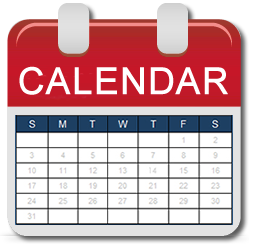 We have 135 guests and no members online